Collapse of the Helsonian Union

The collapse of the Helsonian Union occurred between 31st July and 8th September 2005. It was a result of years of civil unrest and anti-Kuulist sentiment, set in motion in 1999 by a coup which put an unpopular, authoritarian regime into power. This reversed decades of popular liberal reforms which had been implemented under the leadership of Jáán Vexut. As a result, the federal government was unable to exercise control over the nation, and was unable to prevent the secession of Amerhan in July, the occupation of West Utol by [COUNTRY] in August, and ultimately the splinter of the Kúúlist People's Party in September.

Anti-Kúúlist factions of the KPP, which had in 2000 been able to amass a majority in the Supreme Parliament (largely due to a disregard for the legislature by the authoritarian regime), revolted against the ruling statists and appointed the populist opposition figurehead Váázegy Groz to lead a provisional government overseeing a transition to capitalism and democracy. On the evening of 8th September 2005, the Helsonian flag was lowered over Kúri for the last time and replaced with the green opposition pennant.

Following the collapse, the Statists managed to cling to power in East Utol, while the newly independent republics of Terminia Minor, East Terminia, and West Terminia agreed to reinstate a federal government which would become Cerman. The 2006 invasion of Utol by Cerman effectively reduced the number of de facto Helsonian successor states from five to just two - Cerman and Amerhan - however it remains the objective of the Cermani government and several Amerhani political parties to reunite.

In 1999 (1796 in the Terminian calendar), popular liberal leader Jáán Vexut had been Leader of the KPP (the most powerful position in the Helsonian Union) since 1977. Under his tenure, the Helsonian constitution had been partially rewritten, allowing for liberal reforms and a scaleback of the absolute Kúúlist dictatorship of the 40s and 50s which Vexut had vehemently denounced. Although Vexut had never gone so far as to implement multi-party democracy, Helsonian citizens had had rights to free speech, freedom of religion and a relatively free press for over two decades, and popular support for the Vexut regime was high due to his policy of "Kúúlism with a human face".

Most criticism leveled at Vexut by hardline Kúúlists, however, was his implementation of "Kúúlist realism", whereby Helsonian citizens were given limited rights to enterprise and small business for the first time since 1925. The growing presence of what was derided as "the capitalist project", despite being hailed by Vexut for allowing the Helsonian economy to flourish, was derided by party members who believed that the watering-down of Helsonian society would lead to a capitalist rebirth in Terminia. Many who opposed Vexut pointed to a provision in the Helsonian constitution, Article 62, which stated that:

Should the Revolutionary Kúúlist State herein defined at any point teeter on regression to Capitalist barbarity, it shall be present upon the helsonians and proletarians to protect it by any means.

It was under the pretext of this article that on the 12th May 1999, a meeting of thirteen members of the Kúúlist People's Revolutionary Bureau (the highest decision-making body in the KPP) agreed that the overthrow of Vexut and reinstatement of true Kúúlist rule was a "matter of utmost urgency". The seven members not in attendance, including Vexut himself, were on a state visit to Letzia pursuing Vexut's goal of rapprochement with the Ekuosian Union, and consequently were mostly Vexut loyalists. The meeting was triggered by Vexut's announcement only a week earlier of his imminent retirement, as the KPRB was unsettled by Vexut's handpicked successor, Dariz Kaarba, well-known as a liberal and a vocal critic of the KPP's arcane structure and aging top brass.

The Bureau quickly amassed the support of the Helsonian Armed Forces, state security service, and the Central Committee of the WTSHR, all organisations which Kaarba had openly proposed reforming. In particular, the Supreme Marshal of the Workers' Revolutionary Army Gazac Mirikeq issued an order on the to the armed forces on the 2nd June 1999 to "make contingency plans for the eventuality of a union-wide state of emergency", which involved establishing a protocol for "ensuring the continued functioning of the Helsonian government" - in other words, seizing military control of state organs. 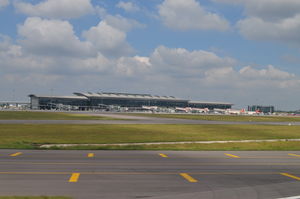 On the 12th July 1999, Vexut left Kúri for a meeting in Gjeern with the seperatist Amerhani group Harmony. Shortly before his flight was scheduled to land, at 10:30 the KPRB voted to expel six of its members and subsequently made a unanimous declaration proclaiming a state of emergency across the entire Helsonian Union. The emergency was originally declared due to the "risk posed to Helsonian state integrity by the terrorist organisation Harmony". However, a television broadcast made by Vrije Ghagor on all Helsonian channels shortly after the declaration made it clear that the true nature of the emergency was to avert further liberalisation and reverse the perceived corruption of Kúúlist values.

To avoid Vexut diverting his flight elsewhere, a cohort of Amerhani jets escorted his plane to its planned landing at Záwar International Airport in Gjeern. State security operatives on the runway corralled Vexut and his staff into a military truck and transported them to Amerhan's Military Police Headquarters, where Vexut made an emergency press briefing at 12:16. There he announced his resignation as leader of the KPP, and handed all executive power to the Revolutionary Bureau with immediate effect. 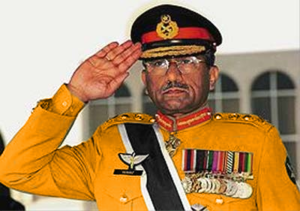 Vrije Ghagor, appointed Chairman of the Revolutionary Bureau and Supreme Leader of the Kúúlist Popular Party, in full military regalia.

Vrije Ghagor, who had previously been the Union Commissar for Defence, was appointed by the Revolutionary Bureau to be chairman, and effectively subsumed the role of Leader of the KPP on the 27th July 1999. His first action as leader was to invoke Article 62 of the Constitution, and bypass the legislative and executive checks and balances put in place by Vexut. In a broadcast to the Helsonian people, he decried Vexut as a traitor to Kúúlism and announced his policy of "restoration" - sweeping reforms which would reverse the decades of liberalism and freedoms which had preceded him.

Ghagor purged hundreds of high ranking liberals Vexut-supporters from the KPP and the military, and humiliated Vexut in a public trial where he was convicted of corruption, misappropriation of state funds, violation of the constitution, and anti-Kúúlism. His regime immediately began revoking private enterprise licenses en masse, expanding the State Security service and the Helsonian military, and cracking down on dissent both against Kúúlism in general and against the coup. Hundreds of anti-Kúúlist or pro-democracy groups were branded as terrorists and agitators, and dissolved or raided by the newly-established Commissariat for the Restoration of National Order. Convictions for the criminal offence of "rebellion, agitation and propaganda against the Helsonian state" jumped from nearly zero in 1998 to close to 8,000 in the second half of 1999 alone.

Rural areas were badly affected by the strikes, and in early 2000 West Utol (which had been forcefully incorporated into the Helsonian Union following the Great Ekuosian War) began to push for independence and reintegration into Onterin and Sorteic.

Ghagor had no intention of granting the legislature any real power, but a shockingly poor showing in the election was an early and embarrassing failure for the regime. Only 36% of elected MPs expressed support for the government, and even fewer (22%) had actually supported the coup. Nevertheless, it was traditionally the case in the Helsonian parliament that all factions of the KPP would remain loyal to the party leaders, an assumption which would prove fatal for Ghogor.

Shortly after the election, Ghogor told supporters in Réét that the pseudo-democratic system put in place by his predecessors was a corruption of true Kúúlist doctrine.

In a further crackdown on political opposition, 127 prominent members of the KPP were tried and sentenced for counterrevolution, including Vexut himself who was exiled to Terminia Minor. The judiciary had been filled with supporters of the regime in order to ensure the outcome was set.

These sentencings led to a mass protest outside the Supreme Court in Kúri, which continued for three days in June, until armed police forcibly dispersed the protest in a state-sanctioned display of police brutality. The demonstrations started on the morning of the 3rd November 2000, with 300 to 400 students gathered in Justice Square protesting the jail sentences and fines which were being given to politicians that had previously been popular liberal reformers. The number of protesters swelled to around 10,000 as more and more students joined the protest, which led to an emergency session of the KPP leadership. Metropolitan policemen and secret police were ordered to cordon off the area and videotape protesters.

On the second day, the situation escalated as clashes between police and protesters turned into a wide-scale confrontation. Troops and anti-riot police were deployed, but the clashes could not be brought under control until the 6th November. Official numbers published by the Ghagor's administration estimated the protest had drawn 8,000 people, while estimates by the Ekuosian Union placed the figure closer to 30,000 protesters and 300 fatalities or executions thereafter.

In March 2001, the Kúúlist Union of Shomosvan was dissolved due to widespread civil unrest and ethnic tensions between Balaks and Gushlis. Determined not to suffer the same fate, Ghagor and his supporters redoubled their efforts to keep control over the nation. The KPP leadership unanimously passed sweeping constitutional reforms which repealed many freedoms guaranteed by Helsonian law since the 80s. Freedom of the press, freedom of assembly, freedom of speech and freedom of movement were all severely restricted by the new laws.

Although not technically made into law, the secret police were given new, comprehensive emergency powers of arrest, detention without trial, lethal force, and even torture.

Only a few weeks after the laws banning political demonstrations had been put into effect, a series of peaceful protests (organised by the illegal organisation True Voice of the People) took place in several rural regions in Terminia. Originally protesting about environmental concerns and the scrapping of conservation laws, the protests soon became an outlet for anti-government and anti-Kúúlist sentiment.

This was an embarrassing act of defiance against the government, and an early testament to their weakness. Police, reluctant to use the new emergency powers vested in them, attempted to prevent the organisation of the protests but did nothing to stop them once the marches had begun. Several high-ranking members of the police force were court-martialed for their inaction, in a move the government hoped would prevent further "mutiny".

In Amerhan, members of the national legislature on the 16th June voted to remove the President of the Amerhani SHR Joghń Genejmeh who had been appointed to the position in early 2000. Technically, the parliament did not have the power to do so according to the Helsonian Constitution, but the following day, Genejmeh resigned from office after receiving multiple death threats from Amerhani seperatist groups. In a twelve hour parliamentary sitting, MPs passed a series of laws which, amongst other things, replaced the Amerhani flag with a popular seperatist tricolour, recognised two Amerhani patois as official languages of Amerhan, and changed the method of electing the president from a vote in parliament to a popular vote.

At 19:00 on the 17th June 2001, Ghagor ordered that the Amerhani parliament be dissolved and all its MPs arrested. 572 Amerhani MPs (out of 783 total) were eventually convicted of sedition and barred from retaking their seats, leaving only the pro-Ghagor MPs able to partake in parliament. The KPP refused to allow the legislative elections, not due for another 5 years, to be rescheduled.