Difference between revisions of "Dalar" 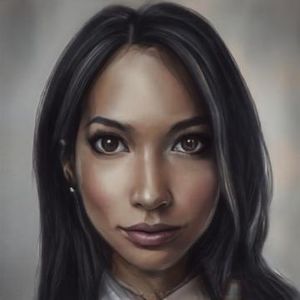 Dalas skin tones vary less than human ones, with most dalar having medium-brown skin. On the whole, the darkest skin colours are found in southern Atsiq, especially the southern coast in the Usuva and Qaelarne regions, and Tuanmali, with lighter skin predominating in northern Atsiq and Alpa. The Lorhan ethnic group, primarily located in Sanmra, exhibit the lightest skin of all dalar populations. Dalar hair is usually thick and straight, and the most common hair colour is black or dark brown, which is also the case for eye colour.

On Atsiq, dalar make up the majority (about 80 percent) of the population. From the twelfth to nineteenth century, Atsiq was unified under the Osveraali Empire, which was the first time the Atsiq dalar made noteworthy contact with other dalar communities abroad. The Empire wielded considerable influence in Asuranesia and to a lesser extent in Nagu, contributing to the Dalar diaspora in no small way.

The continent's history is characterised by tensions between dalar and humans, with many violent clashes between the two species and repeated efforts on the part of dalar-ruled countries to restrict, displace or at times even exterminate their human population. The nadir of dalar-human relations is held to be the lathe nineteenth to early twentieth century, which was a period of great upheavals in the wake of the collapse of the Osveraali Empire and saw a marked rise not only in nationalism but also pro-dalar racism. The successor states of the Empire vary in their treatment of humans, with many forms of discrimination persisting to this day.

Atsiq dalar speak Osveraali languages, which are descended from a common ancestor spoken roughly 3000 years ago. Most of the great literary works of Atsiq are composed in the highly standardised and regulated Imperial Osveraali prestige dialect, although Osveraali loans in other languages just as often stem from the vernacular of dalar soldiers, sailors and traders.

Jaege and the Free City