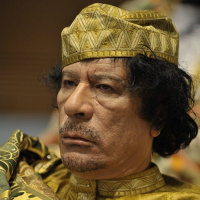 The Gushli succession crisis is an ongoing crisis involving the current Great Khan of Gushlia, Sagam II. The main parties involved in the crisis are Sagam II and Zôçey Seğâren, a popular candidate for the 2018 Balak Presidential Election.

The heir apparent of the Gushli throne, Prince Şönläk of Raştun, died unexpectedly during a hunting accident in 2016. With there being no immediate heir to the Gushli throne, panic quickly began to spread throughout the Gushli parliament and the populace, as a crisis seemed inevitable. Little more than a week after the death of Prince Şönläk, Great Khan Sagam II had ordered a search for a legitimate successor to be carried out, resulting in the labelling of Zôçey Seğâren, a candidate for the 2018 Balak Presidential Election, as the new heir to the Gushli throne. This decision enraged Sagam, who attempted to veto the proposition, citing the continuing strong animosity between the two nations and potential ramifications regarding the stability and sovereignty of the country. However, this veto was blocked by the parliament, who declared such a veto to be unconstitutional and contrary to the natural order of succession. Following this, Sagam reluctantly yielded, appearing to make no further comment on the matter. Upon receiving the news of his royal status, Seğáren initially made no comment on the matter, and as of December 2017 his future course of action remains unclear.

In November 2017 Seğáren embarked on a private visit to Komania to meet with Emperor Mişanli Āşar. While the details of this meeting have not yet been revealed, some theorise that the purpose of their meeting was to discuss handing over the Gushli crown to Şakan Āşar, who would remain friendly to Balakia due to the cordial relationship between Komania and Balakia. Seğáren himself has not yet revealed any details concerning this meeting.

It is generally agreed that no matter what the outcome of the crisis may be, Gushlia will be put under immense pressure, both internally and externally.