The main deliberative body of the IC is the Congress.

In 1953, Ekuosian parties of the Great Ekuosian War convened to establish the Council for Ekuosian Peace and Stability (CEPS). Talks continue between both sides of the war along with several interested parties and as a result the Bosato Treaty Organisation was founded in 1956. Its members include Allied powers, including the Kuulist bloc, the Charter and the Kingdom of Szezkia; Unity powers, consisting of Lugida and Qonklaks; as well as member states of CEPS and other parties such as the Sovereign Order of Hajenired and several Vaniuan countries. These countries comprise the founding members of the International Congress.

The organisation's goals are set out in the Bosato Declaration: to prevent such an armed conflict as the Great Ekuosian War, to be the principal mediator to global conflicts, and to provide peacekeeping missions to areas of conflict across the globe.

On January 20 of 2019, the Imperial State of Komania renounced its position as a core member of the International Congress due to conflicts with Liosol concerning the Gushli Succession Crisis. Despite the validity of Komania's claims, the IC backed the declarations made by Liosol delegates, including possible threats over an "assassination" of emperor Mishanli Oshar, under the belief that instituing a Koman monarch would reduce Gushlia's sovereignity. Further claims marked Komania as "ultra-conservasionist" and pointed Komania's actions as an "intervention". Such series of events led to the voluntary withdrawal of Koman membership, joining Vosan in highlighting IC impotence.

The Congress is the primary deliberative body of the IC which proposes, debates and votes upon resolutions. It is made up of delegations from every member state of the IC, numbering [number], which means that every nation has equal representation. However, the "one state, one vote" power structure has been criticised for potentially allowing states representing only a small minority of Sahar's population to pass important resolutions. The Congress is presided over by the Speaker of the International Congress. Its powers are to oversee the IC budget and to make non-binding recommendations in the form of Congress Resolutions.

The Congress convenes four times every solar year at the IC headquarters in Bosato. The first session was opened on the 21st December 1961 by Prince Lorros of Nyatol.

The International Congress has regional units which operate in each of the defined 17 regions of Sahar. 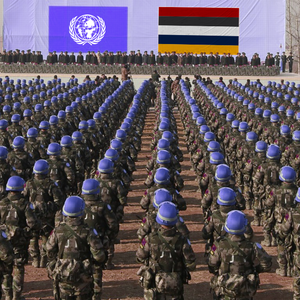 The International Congress Peacekeepers is a multinational security organization made up of volunteers from various militaries from member states. Qonklaks currently has the most amount of volunteers, with over 20,000 peacekeepers deployed worldwide.