Komania self-designated as ( Koman: . Qālqāra .; Qālqāra ['xɒlxɒrä]) also known as Khalharia, officially the Imperial State of Komania ( Koman: . Mowat Qāza-sē Qālqāra . Mowat Qāza-sē Qālqāra) is a sovereign state in Vaniua. With about 42 million inhabitants, Komania is the ?-most populous country. Comprising an area of 814.130 km2 making it the ? largest country in Vaniua and the ? in Sahar. Komania is bordered to the north by the Melkanchuta lake, to the northeast by ? and Kaatkukia, to the east by Balakia, to the south by the Khanate of Gushlia and Nekhilia, to the southwest by Ohania and finally Xonqorot and Shohuan to the west, Komania is considered to be the country with most sheared borders in Vaniua followed by Balakia and Shohuan. The country's location in central Vaniua bordering the Melkanchuta lake along the flowing rivers of Braghak and Kashis give it a geostrategic importance. Shanvan is the country's capital and one of the largest economic centres of the nation only behind Samadar. 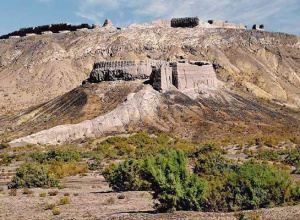