After a military coup that killed Anthola the IX occured in 1831 the kingdom entered into an interregnum period. Every political faction fought over the future of the country until it was decided that a central monarchy could no longer work. While the nation was a confederation it worked well because there were multiple kings conveying in a court and there was no central place of power. After thinking long and hard the government decided a parliament would be wise as a somewhat feasible replacement to that system. A monarch[1] and prime minister[2] were elected together in the year 1840. 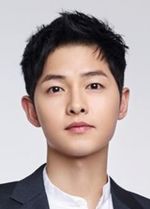