Liosol (Alotol:Sedail; Ranec: Sedala; Hetan: Luso [luso]), officially the Sovereign Kingdom of Liosol (Broad Tolec: Thnmil Sedailar), is a unitary semi-parliamentary constitutional monarchical federation stretching from Lake Soltenna to the Gelög Sea. It is the motherland of the Alotol people, and many other non-native groups. According to the 2018 census, the population is 94,629,447, with 7.3 million of that number being residents of the capital and largest metropolis, Alotol City. The country is a member of the Soltennan Council, the Charter, and one of the founding members of the International Congress.

The Alotol people migrated from Southern Soltenna, settling in the Ungagon Mountains and along Lake Soltenna. Most villages were isolated during this period and few people traveled far from home, giving the local tribal government the most power in the eyes of the people.

The Alotol people first formed a separate identity from their Rietic relatives around the early 700's BC. The reason for this was because of early contact with the Malas and Hetan peoples and the marriages between the groups.

Liosol is composed of 50 federal subjects divided into six class: 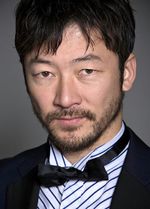 Liosol currently has one of the biggest military budgets in Soltenna. Although the government does not publish documents detailing the military, it is rumored the nation has upwards of 530,000 active servicemen, and between 400,000 to 600,000 in reserves. Despite this high number, Liosol has not been officially involved in a war (as defined by the nation's constitution) since the '50s.