Liosol (Broad Tolec: Lioestoli [ɲø:toli] or Lioestolhy [ɲø:tojә]), officially the Sovereign Kingdom of Liosol (Broad Tolec: Sanimyn Délyn Lioestolhy), is a unitary semi-parliamentary constitutional monarchical federation stretching from Lake Soltenna to the Gelög Sea. It is the motherland of the Alotol people, and many other non-native groups. According to the 2018 census, the population is 94,629,447, with 7.3 million of that number being residents of the capital and largest metropolis, Alotol City. The country is a member of the Soltennan Council, the Charter, and one of the founding members of the International Congress.

The Sovereign Kingdom of Liosol is one of the world's most developed and economically stable nations, with an HDI of 0.921 and a GDP of $2.61 trillion. Its financial opportunities and quality of life earned it a seat in the global financial organization known as the Group of 9.

After a military coup that killed Anthola the IX occured in 1831 the kingdom entered into an interregnum period. Every political faction fought over the future of the country until it was decided that a central monarchy could no longer work. While the nation was a confederation it worked well because there were multiple kings conveying in a court and there was no central place of power. After thinking long and hard the government decided a parliament would be wise as a somewhat feasible replacement to that system. A monarch[2] and prime minister[3] were elected together in the year 1840. 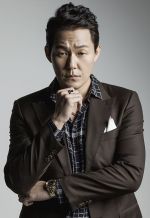 Cha Matinh
16th Prime Minister
since 2005
Alotol election season comes only once every five years. A prime minister and vice minister are elected during this process and the House of Status is appointed by the collective party votes of Liosol's population. The next election is scheduled for 2020.

Liosol currently has one of the biggest military budgets in Miraria. Although the government does not publish documents detailing the military, it is rumored the nation has upwards of 530,000 active servicemen, and between 400,000 to 600,000 in reserves.

The three cities of Banelkang, Lanothi, and Alotol City are the most visited areas of Liosol, garnering in an average of 12.3 million tourists a year. Collectively the government and the people of Liosol refer to this area as the "Doellen" or "Triangle".

Believed to be the first Alotol settlement in upper Soltenna, the ruined city of Banelkang now serves as a fascinating peace of archaeological evidence. This area does not boast a great population as the other two cities in the Doellen do, but it makes up for it in the amount of scientific endeavor that are undergone there.

Lanothi's nearly five million[4] residents are known for their great knowledge and devotion to their country. Once known as the "intellectual capital of the middle kingdoms", this city is home to the largest library in Soltenna and, possibly, Sahar. Lanothi is also well known for the large amount of expats living in it and it is often referred to as "Soltenna's City". Another nickname for it is the "City of the Crown" due to it's status as the legislative and monarchical capital of Liosol.

Alotol City boasts both the title of executive capital of Liosol and the highest population center with a population of 7,392,684. This city is referred to as the "seat of government and the arts", since most officials and La Pop singers live here, although the latter have begun to move closer to Lanothi now.