The Koman people are an ethnic group who mainly inhabit the modern-day country of Komania and originated around the northeastern region of Vaniua, they came to inhabit much of central Vaniua in the 9th century with a major migration weave up to the 12th century. Today Komans are majorly found in the current countries of Balakia, Gushlia, Nekhilia, Kaatkukia, Ohania and Komania, furthermore, there is an estimated population of around 2,000,000 Komans living abroad with either undeclared ethnic background or living as immigrants.

Some sources list a totality of ten overarching Koman tribes, of which six the Oshar, Ahar, Baywar, Nazari, Sharaz and Shaz, are referred as Şimê Qəẓahş ("original tribes"). 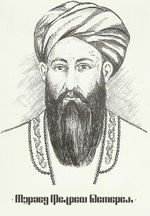