Difference between revisions of "TV Corporation"

Incorporated in 1850 during the onset of the Soltennan Industrial Revolution, the company originated from a mining and smelting company named Trivito Industries. Founded by Reimel Trivito, it traces its origins to the Forian Kingdom-era dynasty, the House of Trivito, which consists of members of the Trivito family, most of whom were traditionally carpenters and merchants.

TV Corporation has a powerful influence on the Four Swords countries' economic development, politics, media, and culture and has been a major driving force behind Soltenna's industrialization in the 19th century and the Lugid post-war economic miracle.

During the Forian Kingdom's reign in the 16th-18th century, the House of Trivito operated a trading company based in Nataliya. It served trade routes throughout the Amiyant Sea and the Gulf of Sharkunen, and traded spices, precious metals, and services. With the Kingdom's fall in 1730, and as the growing Olboros Terminia took over their share of trade routes, revenue for the trading company declined and they eventually ceased operations in 1756. Revenue for the House stagnated, and at times declined, forcing the family to diversify their business to maintain its prominence within the former Kingdom's four circuits. The House also had to move their base of operations to Dukrone due to socioeconomic turmoil in Nataliya caused in part by transition of power to the Chitra-based Kingdom of Melunair.

Most of their mining operations however remained intact. Later in 1834, during the onset of the Soltennan Industrial Revolution, the Trivito family incorporated their mining and smelting business into Trivito Industries, naming Reimel Trivito as founder and manager of the company. Using the profits garnered from the new company, Reimel eventually expanded his operations by forming a trading house after purchasing (company) in 1839. By 1845 Reimel's companies have already exported copper and provided financial services.

Reimel's business ventures were incorporated in 1850 into the trading company Trivito Corporation. The company established their regional headquarters in Nataliya the same year, and also expanded their operations into Kadya and (Zaizung). Trivito Industries, having expanded in scale, were split into Trivito Heavy Industries and Trivito Mining Company. Both companies each have a separate board of directors, but are effectively tied to each other through cross-shareholding relationships. Trivito Corporation's portfolio at the time included copper mining, iron and steel processing, shipbuilding, financial services, and shipping lines. 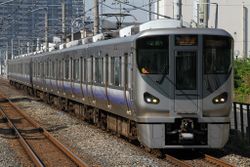