Zefidian urban transportation net is very wide: you can reach any zone of the city with minimal or no effort. Zefidian people like using urban transportation more than using their cars. Most of it is run by ZTJ (Zefited Jenkta, Zefidan Transportation), and it includes a wide net of subways, tram lines and urban buses. 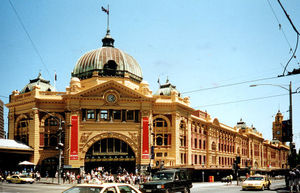