A (Cananganamese: Ā́ /ɐəꜜ/; Chai: Yat Haw /jɤt˧.haw˧/ is a port city on the East coast of Cananganam. It is the cultural capital of the eastern provinces, originally having been a seat of the Gáku dynasty since the 1160s. The city prospered and was one of the first industrialized settlements in Nagu, sporting the first tram cars. In 1876, a siege that would last slightly over two years would start at the port by the Mujansan army. Today it is the main point of export of agricultural products prepared in Cananganam and is noted for its high-speed passenger rail connection to Ngibimā.

Much of A's early history has it being first described in the 3rd Century BCE as a large settlement of undescribed farmers and artisans known for their woodwork. The city was burned down by Srorhisa in the 1st Century CE after an uprising of the local populace. Afterwards, the city was settled by Cananganamese traders and Chai coca farmers.

The settlement grew to prominence in the 1100s with the accession of the Gáku dynasty. Members of the Chai people, they became renowned for their natron import connections. The settlement saw much of its growth during this time, rising from 200 or so families to 2,000 families by the end of the 12th Century. With the collapse of the Cananganames Empire, the Gakuy dynasty had formed its own independent city state, trading with the local Hisirudic population for fish in exchange for tools and other finished products.

The city saw some stagnation but otherwise steady growth during the period of the 15th through 19th centuries. In 1706, it was annexed by Cananganam, but it was a peaceful transition as the Gakuy family had been in debt to the Cananganamese clergy after several failed business ventures in modern day Lhavres. Later, the city saw significant fighting during the Calsean war, but afterwards the city had difficulty recovering due to the damage. It was not until the 1890s that the city would return to 80% of its pre-war levels. 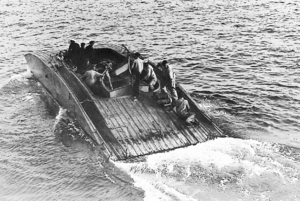 A's marina was home to some of the first hovercraft technology being tested by Hut A Birta and Bavadi Ascês. The hovercraft, while expensive, was able to ferry people from A to Pharna, though limitations in the boat made it difficult to utilize in strong tidal waves of the bay. In the 1920s, an Agrarian Kuulist Party strike had shutdown much of the economy of the city for several months, before the military eventually cracked down on the protestors resulting in several deaths and many more wounded. In the 1960s, the city was planned to have a high-speed rail connection to Ngibimā, which was planned by Arğuyavz Zimerba.