Akalism is the state religion of Asota, Liosol, and Loheta and is a minority religion in many other Mirarian states. A highly syncretic and polytheistic religion originating from the Limve Delta region, Akalism is an agglomeration of many folk religions and early teachings of Iovism, brought to Miraria by the Letsatian Empire. It is centered around the god Akal (and sometimes Dahanö), from which the name originates. It was founded in c. 293 in modern-day Asota by the prophet Genda of Limve. Akalism believes that the world was created by two Legendaries, Akal, god of life and light, and Dahanöe, god of death and darkness. These two beings rule over cosmic matters, along with other minor deities and spirits.

The exact origin of the term akal is unknown. Some scholars theorize it comes from the old Asotan word a-gavew, meaning "out of Iovism." Others believe it could have come from the Middle Alotol word kawl, which means "release." 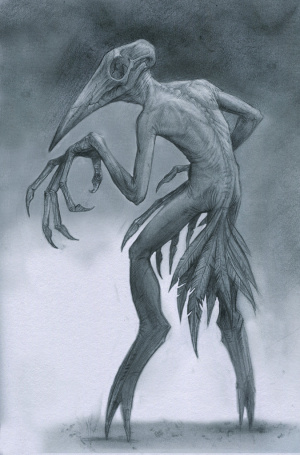 All sects of the Akalist Community believe in the existence of more than one Legendary. Worship of Akal and Dahanöe is commonplace, and they are treated as the equal heads of the Akalist pantheon. Other minor Legendaries or spirits are worshipped throughout the Community, and oftentimes states or countries will have a patron Legendary to whom they pray.

Most Akalists believe in a "final age" in which the world will end...

The Book of Nas (Alotol: limthapde nasair) is Akalism's main text. It's name comes from the Alotol word for "answer."

The Nas details the creation of the world in the book joid jademirar (vision of the world). According to the book, Akal and Dahanö engage in combat at the beginning of the ages. "Dahanö the deceiver" plucks out one of Akal's eyes and throws it aside. It becomes a hollow rock, now known as the moon. As revenge Akal throws Dahanö down and removes his "eternal cloak", leaving him with nothing but bones. Dahanö fled from the fight and hid in his cloak, as a means to escape the infinite cold. Akal cursed the cloak and wept on it as she cried out in pain.

Dahanö is most often represented as a skeletal humanoid bird, due to the fact that the The Book of Nas describes it as a "lifeless husk devoid of flesh, yet still showing signs of the former glory of an angel". In Loheta Dahanö is usually referred to as the Sea Legendary, depicted as a silverly dragon capable of ruthless destruction, although in the Kezei region of Loheta they are instead a mere spirit of the afterworld named Polkunani ('crookbacked death carrier') carrying souls and tricking people attempting to cheat death.

Akal's representations differ depending on the source. Some depict it as some hooded humanoid figure, but the more widespread is the belief that Akal is not a physical being, as opposed to Dahanö, instead being said to be the fabric of the universe itself.

Loheta's equivalent of Akal is called the Sky Legendary, usually described as a rainbow phoenix capable of raising the dead, except for in the Kezei region, where the deity has the name Iemehi Feza (Holy Mother), who shows herself as a middle-aged woman with short black hair in a robe colored pink and red, with white edges, adorned with a crown shaped like a lotus flower and metal bracelets that glitter in the sun. In any illustrations, she can never be shown with a face, since her gaze is said to be blinding and together with her smile of such tremendous spiritual power it is capable of overwhelming everyone but the most faithful and disciplined disciples.