Calutia, officially the Calutian Empire (Calutian: Gkáluźigkeŋ Kaluśa), is a landlocked country situated in the Miralayan mountain chain of Miraria. It has seven states, the capital and largest city Pashakare in its own autonomous state of the same name. It borders the Thumish Union to the west, Dapencher to the southwest, and Korihim to the northeast.

The main language spoken in the country is Calutian and its dialectal variants, although minority languages are also spoken. The country has a population of 3,991,235, almost all of which are ethnically Calutian. As of late, Calutia has also been a supporting ally of Balakia in the Balak-Gushli conflict.

Calutia is split up into sixteen states, plus the capital Pashakare. 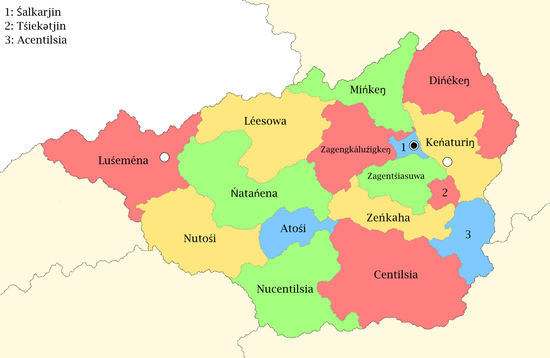 Calutia is an almost completely homogenous country, with virtually everyone, except for a small percentage of Vaniuans, Rartakans, and Cathanis, being ethnically Calutians. The country's religious makeup is made up of a large majority of Hetuumists which consist of 71% of the population, followed by Zarasaists at 18%, and people of traditional religions or other smaller religions at 8%. 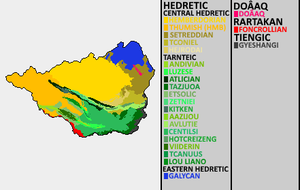