Asesha (Puhanian: Asesyë ['ase̞ʃə], ['ase̞ʃ]), officially the Kingdom of Asesha, is a country located in Southern Puzimm. Bordered by Ogtop to the north, Nyizitic Union to the north-west. XX to the West, XX to the southeast and the Saru Sea to the south. Namapiya is the nation's capital and largest city.
The first populations to arrive in this area were the Tzadanians. The Asesha people migrated from and conquered the area very quickly, spreading the previous populations.

The name Asesha is derived from a a combination of ases meaning village and wë menaing shore.

Archeologist agree that Humans arrived in this area around 130,000 and 170,000 BCE Archaeological evidence shows that the first complex society started in this area, with the development of agriculture, between 18,000 and 10,000 BCE. It has been assumed that the first population that lived here were proto-Tzadanian people, while it is estimated that the Aseshan people arrived here in around 2,000 BCE.

According to Puhnic mithology, Mokotan was the founder of first reign Hal, however no archeological evidence have been found.
The earliest reign, that are confirmed by contemporary records, is the reign of Muma. It ruled in north east region, around the modern Tuli and north Paku of the nation, from the 5th to the 9th century CE.
After the decline of Muma (around 910 CE), there was a strong political instability caused by corrupt monarchs and servants, thus causing numerous riots to take power and reigns of short duration followed one another. To this was added an economic and primary resource instability causing famines.

At around 1050 CE Dekara, a ruler in the southern provinces, gained much influence and commanded the strongest team in the army of all Kingdom . Under his army he conquered all the territory extending from western lakes to almost as far as the coasts with the Lahan Sea including the Tzadanian tribes in the west coast. He later crowned himself the first king of Tapeda Kingdom.

According to the most widely accepted version of its origin, the Baluti Kingdom rose around the 1170 CE, in the Tzadanian tribes, and its first monarch was Late (Latö in Tzadanian), the fist ruler queen in the Aseshan history. She not only managed to unite the Tzadanian tribes, but defeated the the kingdom of Dekara, bringing it to an end. She is considered a heroine by the Tzadanian people. Baluti then became a regional power in place of the Dekara Kingdom. Except for the southern part and the island of exencyo, which subsequently divided into small states dependent on the kingdom of Baluti. From here begins the period called the little dark age of the civilization of the Asesha culture.

Asesha was an authoritarian regime until the 2002. This has improved since, however, and in 2015, Asesha was upgraded to being a "hybrid regime" and the Freedom of the Press continued to find that Asesha's press continued to be "not free".

The Aseshan constitution provides a monarchy with a parliament and an independent judiciary. However they retain the executive power. They are a secular political leader since the 2004 constitutional reforms. They presides over the Council of Ministers, appoints the Prime Minister from the political party that has won the most seats in the parliamentary elections, and on recommendations from the latter, appoints the members of the government.

They are allowed to terminate the tenure of any minister, to dissolve the Parliament, suspend the constitution and call for new elections.

Asesha is divided in eleven regions or areas each administered by a Regional Council. The country is further subdivided by XX districts, and XX municipalities. 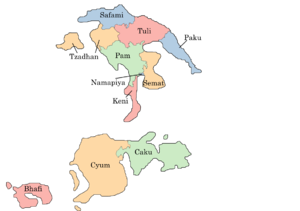