Cananganam is a Naguan state predominantly populated by Asuranesians. Its predecessor state was founded around the 700s BCE with the city-state of Daktuva, before its eventual expansion into much of Nagu, Boroso, and Asuranesia with the First Cananganamese Empire which saw early developments of proto-industrialization and global exploration. Following its collapse in 1262, Cananganam was refounded several decades later with the establishment of a new imperial system based on the workings of its predecessor, eventually coming to dominate much of modern day Cananganam by the 1700s. This state would suffer many setbacks during the 19th and early 20th centuries being late to adopting modernized industrial and economic practices, though today is seeing an economic boom that some have dubbed the Naguan Renaissance. The country today is ruled by a constitutional monarchy under religious law in accordance to Lunukist teachings and dogma, whereupon a non-hereditary emperor rules for life under the guidance of a hereditary regency and advisory council as the imperial monarch lives as a religious figurehead in Canamic society.

The believed source of Cananganam's name comes from a Proto-Asuranesian word meaning “black” *kneʔ-n, referring to the fertile jungle soils of Cananganam.

Cananganam was originally settled by hunter-gatherer peoples during the early neolithic era, generally assumed to be the Hisirudic peoples. These hunter-gatherer societies likely subsisted on local fauna and flora such as bananas, deer and fish with some evidence of animal husbandry in the form of pigs and chickens, although some scholars consider the introduction of pigs to the Hisirudic peoples to coincide with the Asuranesian expansions. Evidence indicating the use of smaller-scale boats than their Asuranesian neighbors, points towards a demand for large scale fishing among these early peoples where possible, as nets, tools made of either stone or bone, and hooks dating back as far as 3000 BC have been discovered along the coasts of some of Cananganam's interior lakes.

Around 2500 BC, the Cananganamese had begun to create larger scale settlements along the coast during their migration, driving the native hunter-gatherers inland. The complexity of these early Cananganamese societies in was considerably higher than that of the preceding Hisirudic communities. Through the introduction of agriculture, slash-and-burn practices became widespread to make way for the production of farmland needed to fulfill the needs of the growing Cananganamese population, ultimately changing the local biosphere and societies in the process. Evidence of trade with mainland Boroso lies in early glassworks from this period as the compositions of these pieces often include natron, commonly found along the west coast of Boroso.

There is strong evidence that craftsmanship exploded in form and diversity during the era of the early Cananganamese kingdoms, as materials such as bronze, lead, gold, jade, mercury, and diamonds were utilized in extravagant art forms, paving the path for many cultural developments and the establishment of an early caste system, where those wealthy enough to afford these extravagances were held in higher regard over those who only held wealth in name or in the shape of land. Glasswork was exceptionally prized during this period for its appeal as a gem and was seen as being a reflection of the world's energy, leading to several Cananganamese myths regarding the material. 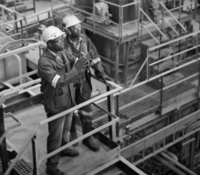 Agricultural practices have existed in Cananganam since the 4th millennia BCE, and have since become very much refined. The Bujja system proliferated since the 2nd millennia BCE and have only become more and more efficient as innovations and further understanding of agricultural practices improved. Cananganam remains one of the largest producers of fruits in the world, domineering banana production in Nagu with over 6,700,000 tonnes in 2021. Cananganam, however, retains the highest production of cocoa beans in the world with a 1,960,000 tonnes of cocoa bean in 2021. Much of these produce see themselves in markets and in preserved foods around Sahar, and some brands owned by Basu Foods have become international contenders due to the popularity of their chocolate bars and other confections.

Aside from fruits, grain production where a total of 47,345,827 tonnes was harvested in 2021. Most of this grain production belongs to either the domesticated lupine millets or to members of the Amaranth genus. These grains are fundamental to Naguan and Cananganamese cuisine. In addition, their popularity as a foreign food in some locations around the world has produced some demand for such products. In addition, coca production sees some 125,912 tonnes where its use as a stimulant in teas has large popularity in Nagu, though these products may be highly regulated or banned in some various form outside of the continent where stigmas against its qualities linger due to fears of its more purified and refined forms. 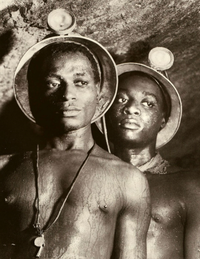 Mining in Cananganam plays an important role in the industrialization of Nagu. Some 161,000 tonnes of copper, 23,938,000 tonnes of iron, and 182,000 tonnes of coal play a significant role in producing the goods necessary for many finished products of Cananganam's economy. Around 36% of the copper goes towards export, with most being delivered to Mujansa where it is refined into various products such as wiring and silverware. Iron and steel are involved with many core functions of product development, as most steel produced in Cananganam is used for local projects such as the modernized bujjas which produce most of Cananganam's agricultural products as the steel is used to help form foundations and dams of which to modify the land to the needs of farmers and businesses alike.

Most of Cananganam's energy sector is dominated by the usage of fossil fuels. Some 1,438 power plants run on some variation of coal or petroleum, though much of the government has played a role in shifting away from coal as only 12% of these plants have the capacity to produce energy from coal. Most of Cananganam's power plants are, however, supplied via solar energy with some 54% of all power plants being run by this method alone. Only 3 hydro-electrical dams exist though only 1 of these is currently functioning with their use mostly mitigated to educational roles for Cananganam's Daktuva-based university. In total, Cananganam consumes some 129,000,000,000 kWh of energy per annum, while producing some 87% of this locally.

Industrial goods played a vital in the development of Cananganam's economy and today, this is shown by a vibrant automotive and shipping industry. Several shipyards exist where they produce maritime vessels of varying kinds such as for sport, cargo transportation, and many others. Despite producing some 1,357,211 motor vehicles a year, Cananganam imports well over 500,000 motor vehicles from various countries. Due to motor vehicle laws and regulations with urban centers, mopeds and motorcycles are the most common of motor vehicles sold, as they tend to avoid vehicle regulations due to their small size. As such, a thriving small motor vehicle industry exists to combat these laws.