It is believed to descend from the same northeast borosan proto-pantheon Devotionism does, which was subsequently simplified into a dualistic belief system. The two gods, Dohm and Tufis (MSM Dowim and Thuvis, Tunnaurdee Doho and Ftis, Haanzahlee Dohm and Quis) are believed to be omnipotent, but not omniscient and, if the proper burial rituals are observed, will, upon death, are said to absorb a person's experiences, knowledge and wisdom, thus changing the essence of the gods. The various Dohmist sects that exist have several different interpretations of what practical effect this as well as other elements of the creation myth should have over daily life.

The Dohmist creation myth, the foundation of all Dohmist faith, descends from unwritten sources and is believed to be ultimately related to the same proto-religious beliefs from whence arose Devotionism, but such claims are hard to prove. It was first codified in the second century BCE by the Xandashi Scholar Tiŋtam (MSM Thiwtâm, Tunnaurdee Tetau, Haanzahlee Tiintaan), who underwent an effort to codify several pan-sangmian beliefs and costumes, among them the creation myth of Dohm and Tufis.

After Vizŋ̣ńuhn's rule, Dohmism consolidated within and spread beyond the borders of the Sangmian empire. Concurrently, theological musings of other inclinations appeared in increasing amounts through the empire. Most of those sects were short lived, but notably the foundation of Lashu Dohmism was in this period.

After the fragmentation of the empire Xandash fared very poorly, and the other Sangmian city states waged successive holy wars over the control of the holy sites of Dohmism, during this period the Zhiu sect took form and momentum, and in the second century CE Monk Jieenhaan and his holy army seized Xandash and established the Dohmist Theocracy of Xandash. Through the middle ages Jieenhaan and his successors entitled themselves Dohqaan, which came to be seen as the Religious Head of Dohmism, nowadays subscription to the Dohqaan is rarer and only some see him as the head of Dohmism.

The prevalence of Zhiu Dohmism in the middle ages is what propelled the formation of several Holy Orders, mercenary regiments and trained assassins intent on proselytizing Dohmism, during this period dohmism reached it's maximal extension. In 989 and 1635 all Dohmist polities waged war together in what are known as the Dohmist Crusades.

Later when During the Bavkir Empire occupation of Mwamba Proper Zhiu was suppressed due to the amount of trouble Zhiuists tended to give to the Devotionist rulers, after the failure of the Second Dohmist Crusade against the Bavkir Empire, Zhiu slowly but steadily dwindled, remaining strong only in Haanzac and the surrounding regions. The Zheri sect stems partly from the syncretic forms that started to arise during the devotionist efforts to suppress Zhiu.

During Letsic colonization of modern day Sangmia, the colonial government, as the did the Bavkir Empire, tried to suppress the Zhiu in order to diminish the resistance against the colonial government, they eventually made a deal with local dohmist leaderships, including the Dohqaan of the time, Dohqaan Eehneen, to strengthen Letiäänu and Lashu and discourage Zhiu practice. After this act the decline in Zhiu followers was steep, and the Holy Orders and mercenary guilds dissipated.

During the Letsic period Dohmism came into contact with ekuosian religions, primarily Pashaism and Iovism, due to both the colonial government, and the influx of Letzian migrants to work and oversee the colony, contact with Iovic religions was determinant for the formation of Zheri Dohmism, but in this period it was still comparatively light.

The Mwamban Empire found a very different Dohmism than had been present throughout the middle ages, a very weak Zhiu, and strong, but considerably more passive, Letiäänu and Lashu. The extent of the takeover can be see in the 1847 Sangmian Constitution Draft, which has Letiäänu Dohmism as the state religion.

Shortly after the 1847 annexation of Sangmia, in 1849, the Mwamban Empire outlawed Zhiu and all the Dohmist religious orders, which were strongly tied with Zhiu, the opposition wasn't as strong since the Letiäänu and Lashu, which had both the leadership and the populace at that point, were kept content. The Empire was officially Pashaist, and after the 1860's effectively tried to suppress Dohmism, which is one of the reasons for the Sangmian independence in 1863.

The policy of suppression of minorities which was very intense between the 1870's and 1940's aggravated on an already existent syncretism, making large swathes of the populace be nominally Pashaist, as can be seen in the 1932 Mwamban census, but that in reality believed in varieties of Dohmism syncretized to various extents with Devotionism, Pashaism and, to a much smaller extent, Iovism, which are now denominated Zheri Dohmism.

After the Constitutional Reform of 1932, and the Sangmian Union in 1963, Dohmism stopped being institutionally oppressed, so Dohmist identities and practice have again been rising, especially within Zheri populations, within which there can be seen a steady shift between identifying as "Pashaist" and as "Dohmist" in the census, especially noticeable after the 80's. Zhiu is still outlawed, although it may still be practiced in remote areas.

In the beginning the world was empty, there were only endless clear Skies, and endless featureless Land, bound by their endless love, freed by their endless power. At first, they touched, the Land shaped itself into mountains, and the Sky squirmed into clouds. They met. The trading of gifts started, at their junction, from the Earth there was ice, from the Sky there was rain, together there was water. From the Sky there was lightning, from the Earth there were volcanoes, together there was fire. They realized their potential. From the Sky there were birds, from the Earth there were trees, together, there was life. From there on they experimented more and more, Earth shaping itself most exquisitely into valleys, caves, passages while multiplying its children, terror birds, sloths, chickens, cats, while Sky focused on the internal, the trees made sturdier, the animals smarter, the clouds more beautiful. From this junction of form and function the Earth made our bodies, the Sky made our souls, and together there was mankind. Mankind was not like their other creations. Men organized, men loved, men created, much like Land and Sky. But mankind also suffered, water drowned, fire burnt, cats hunted. When the first men died and his essence was returned, his body to the Earth and his soul to the Sky, they first knew suffering, but they knew not how to mend it. When the second men died they knew more suffering, but they also knew more, the great floods stopped, the great fires dwindled, the great earthquakes went still. When the third men died, the Earth felt his pains and his pleasures, but the Sky knew nothing more. He'd been trapped beneath layers of mud and his could could not reach the Sky. By the hundredth men they knew so much more, yet they still did not understand their creation, as their creation still does not comprehend their creators.

Early Dohmism didn't have any organized sects, but rather a plethora of competing interpretations, the first actual schism came with Viruwin's Treaty on Dohmism, which established the fundamentals of what would later be known as Letiäänu, and Viruwin's subsequent decree that made his form of Dohmism the official one in the Sangmian Empire. He did not, however, outlaw other practices, and communities with differing opinions continued to thrive. Lashu for instance solidified in the Late Sangmian Empire, while Zhiu took form after the empire's collapse with Monk Jieenhaan (MSM Gviyônṡân, Tunnaurdee Vgiieihau, Pyissän Gvinfôn).

Some beliefs and practices are agreed upon by all sects, barring maybe specific Zheri branches. The belief that, upon death, if one is buried, one's soul will not be able to reach Dohm, and Dohm will therefore not learn from his existence, which leads to the widespread practice of open sky burials, usually on the closest and highest hill, cliff or mountain. If open sky burials aren't possible, cremation is a usually, but not universally, accepted alternative. An universally tenet of Dohmism states that adherents must do their best in their life so that upon our death they can enrich Dohm the most, but what exactly that means is a central question among Dohmist sects. 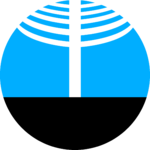 Letiäänu Dohmists believe that, because it is the scope of their power and creation, in order to make the world better, Dohm and Tufis must first understand it better. Letiäänu thus encourages scholarly pursuits, especially but not limited to the study of nature and its processes. This focus on the environment is the main difference between Letiäänu the other branches. Historically Letiäänu were responsible for monasteries and centers of study that eventually developed into some of the first universities in Boroso. Letiäänu politicians usually favour funding for education research and other such initiatives. 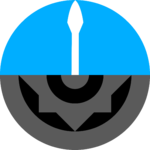 On a fundamental level, Zhiu believe that since mankind is the recipient of the gods' betterment of the world, the most important thing for them to understand is men. They also believe that, as mortals, the most important object of study is, therefore, death. Zhiu preached that every man should understand life by understanding death, and that such is reached through taking life. Zhiu ritual included several rites of passage where the initiates would sacrifice, by they themselves killing, increasingly larger targets, culminating at a ceremony where initiates took the life of another human being. Given that killing Dohmists would mean precociously depriving the gods of a soul that could've granted them more wisdom later on, the Zhiu usually kept to killing infidels, which compounded with their proselytizing meant they often engaged in holy wars. 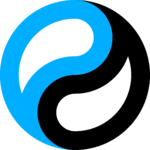 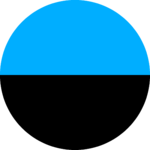 Zheri Dohmism is not, in fact, an organized sect, but a collection of related forms syncretized to various extents with Devotionism and Iovic religions.

All mountains have some holiness for Dohmists as they are the places where the Earth and the Sky meet, and as their love is the reason for the existence of the world, their unions are all sacred. Most mountains of note in Sangmia have dohmist monasteries built atop them, with also the infrastructure necessary for the templepeople to go up and down the mountain and realize the sky burials. Not all mountains however are equally significant, the tallest the mountain the most intimate the union between Dohm and Tufis. This is potentially a consequence of Mount Haanzac being the political center of the Sangmian Empire gaining religious significance. In medieval times, after the inclusion of Mount Konaa in Sangmian maps, undergoing a pilgrimage there became a matter of great prestige. During the period, the Zhiu were the sect with the most political clout in Sangmia and surviving both a journey through mostly hostile land and the hike up the mountain grew increasingly in significance.

Although the average people tended not to take the risks associate with such journey, the prestige and piety associated with pilgrimage were eventually transported to other journeys. In the 1700s the discovery of Xiamangmu provided a new target of pilgrimage, and dohmist monks and noblemen partook on some of the earliest foreign attempts at climbing the mountain.

The pilgrimage journeys, in addition to providing experiences of cosmological importance, are also seen as opportunities for proselytism and interfaith dialogue. It was through pilgrims returning from Xiamangmu that Balkism was introduced to Sangmia and north Boroso in the late 1800s.