From CWS Planet
(Redirected from Dulozud)
Jump to: navigation, search

Country (Language: Tulsan [dujlozuʰd]), officially the United Kingdoms of Dulozud, is a country located in the Ekuosian region of Baredina. The capital and most populous city is Guzodubez, located on the Ekuos river in the north of the country. With an estimated populated of 6.8 million, it is the fourth least populous country in Baredina; Dulozud is the twenty-second largest country on the continent.

Dulozud is bordered to the east by Tabiqa, to the north by NAME, to the south by NAME and NAME, and to the west by the Gulf of Ishenar. The country is mostly hot arid desert, most of the population live on the coast or on the Ekuos river. The Great Baredinian Desert dominates the country's geography in all but the west of the country, where the NAME Mountains are.

The United Kingdoms haven't been united until very recently, about 70 years ago. Before unification the south of the Great Desert saw many Dulozi kingdoms rise and fall for hundreds of years. The Dulozi people have historically been apart of one empire or another for most of their history, but have miraculously survived with their identity and culture still intact. The United Kingdoms are dominated by the Dulozi ethnic group which makes up over half of the country. All citizens are required to know Tulsan, the official language of the state, but there are many other languages that exist within the borders.

(need to redo a bit)

The land area of the Kingdom of Dulozud is approximately ####### sqaure kilometers. The country is split into four main regions: the Ekuos River region, the NAME Desert, the NAME Mountains, and the NAME Coasts. (more intro plz)

The Name Coasts is a geographical region with a Hot-Summer Mediterranean climate that ranges in elevation from 500 meters to sea level. The region can be further divided into the Lowland Coastal Subregion and the Foothill Subregion. The Coastal Subregion is a wide coastal plain vegetated by grasses, shrubs, sub-shrubs, herbs, and sparse patches of conifers and fruit trees. Some of the most fertile land in the country is located in the lowlands; many rivers and streams bring down sediments and nutrients from the foothill subregion. Grasses, shrubs, herbs, and sparse patches of conifers and fruit trees vegetate the land. The foothills average at around 250 to 500 meters in elevation. Shrubs make up over 65% of the vegetation in the foothills, with evergreen, deciduous, and fruit trees making up the rest. Average temperatures during the warmest month is around 22°C and during the coldest between 18 and -3°C. Hot-Summer Mediterranean climates are characterized by having dry summers and mild, wet winters.

The NAME Desert is a… (hot desert, cold desert)

split into a few kingdoms that are further split into provinces

Dulozud is not known very well internationally, as it has primarily abstained from getting into any affairs not related to the country itself. Within Ekuosia, Baredina, and to a lesser extent Soltenna, Dulozud is active diplomatically. Economically the country maintains trade deals with many countries worldwide.

Regionally Dulozud is vocal about its policies and interests. Relations are well with countries of a Gennist majority, and Dulozud continues to try and make them better.

Rather infamously, the United Kingdoms of Dulozud are a known safe-haven for political and noble people of other countries. Exiles often choose to stay in Dulozud because of the safety it provides. Extradition is a long and difficult process due to the laws in the country.

forced conscription of all males (unless ) from the ages of 20-22, after, males can continue to serve if they wish. Large army and air force, small navy.

in the cities mostly car and train. The rest of the country uses car, train, plane. Maybe have a train network across the country.

About 89.7% of the country follows the Tanhunga, the state religion. Though other religions have been heavily persecuted and oppressed, there exists about 10.3% of the population who openly profess a different faith. In the north 4.5% of the population follow Iovism in scattered communities. In the east 3.2%, mostly of the Adzamasiin ethnic group, follow Qurosism. A small minority of the Mbaku and other indigenous people continue to practice their indigenous faiths at around 2.6% of the total population.

many works are translated from Ekuosian langs and others. Literature is produced.

lots of geometric arts, abstract art is popular. traditional embroidery is back on the rise 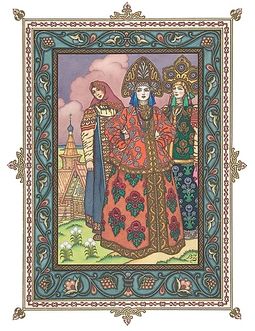 popular in the country

pretty popular in the country

not very big in making films, the dulozi do watch foreign films tho

fencing popular, horse-riding is super popular. soccer, sure. (maybe make a martial arts? idk. or like adopt a martial arts from another sahar culture idk.)