The Parliament of the Federal Democratic Republic of Cerman, commonly known as the Federal Parliament, is the supreme bicameral legislative body of Cerman. 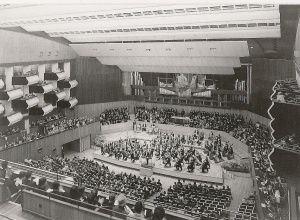 If the Federal House is in session (twice a year, or if unanimously summoned by the Viziers):

If the Federal House is not in session:

This process applies both to National Houses (in session the last week of every month) and Regional Houses (generally avoided, but in session for the rest of the year)

Once the House has returned an approved bill to the Council of Viziers for the final time:

All bills thrown out may not be reintroduced by a Vizier for seven months. 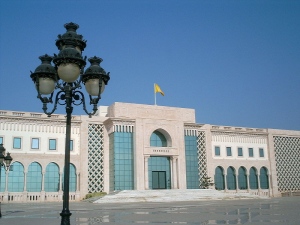 The exterior of the parliament building, pictured in the Helsonian Union, 2004