The territory of Fukota is considered the urheimat of the Vaniuan peoples. However, the ancestors of modern Foeians settled Fukota only at the end of the 1st century CE. Gradually, old Foeian tribes began to form on the territory of the settlement of the Foeians. This period of history is called Old Fukota. In the second half of the 7th century, all the territories of Old Fukota are united under the rule of the Great Khan Gāhg I. After the death of Gāhg I, the territory of Old Fukota quickly became part of the Tamir Khanate.

The local Foeian dynasty was destroyed by the Mahavic invasion in the 13th century. After the Sunrise Horde left the territories of Fukota, for a short time it again became a single independent state. However, it quickly became a vassal of the Great Horde. Interaction with the Great Horde and its people led to the period of the Foeian renaissance. With the fall of the Great Horde, Fukota entered the period of warring khanates. This period ended with the unification of Fukota into the First Foeian Khanate. (Civil and Foeian wars part). After the end of the war, an economic crisis and hyperinflation began in Fukota, and part of the territories were annexed by neighbours. With the adoption of the constitution in 1999, modern Fukota begins.

Fukota comprises 10 regions, Cöqsü City and autonomous Ilurani Republic. (economy part). Fukota is a member of IC (and probably something else)

The name was first used in a small letter on a wooden tablet dated to the middle of the 3rd century CE: «ū bǣ wwū gū bōllm» - "I am a killer from the Father's land".

The Khanate of Fukota is divided into 10 regions, 1 independent city and 1 autonomous republic.

Ilurani, belonging to the Sylazic branch of the Vaniuan language family, is spoken primarily in the Ilurani Autonomous Republic, and has an official status in that territory. 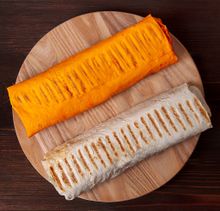 Shawarma is a very popular dish eaten all over Fukota

The Foeian cuisine is closely related to neighbouring cuisines and varies from region to region.

The most famous Foeian dishes are shawarma and churchkhela. Foeian cuisine also includes: lavash, dolma, yogurt, ayran, circassian cheese and circassian smoked cheese, lokum and ajika. Various sauces, fish, crustaceans, meat, fruits, vegetables and berries can also be added to dish. Most of recipies are derivatives from local traditions of small villages all across Fukota. Usually, dishes are served with some non-alcoholic beverages, most often, it's juice.