The Great Ekuosian War, frequently written with the acronym GEW, and sometimes known simply as the Great War, was a war fought in Ekuosia between 1939 and 1951. It was one of the bloodiest and most destructive wars in world history, and altered the political climate of the region drastically to the extent that its ramifications can still be felt in the regions to this day. 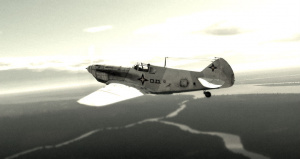 The war is considered to be one of the most important in Ekuosian history, as one can argue that modern Ekuosia was created by the end of this war, for better or worse. Following the war, Ekuosia saw a trend towards more democratic governments and policies — even countries that still have monarchs today, such as Barradiwa and Tabiqa, have since democratized various elements of their political system. This trend was inspired by the movements to destabilize totalitarian or otherwise autocratic governments that supported Veridia, which had seen itself morph into a dictatorship under Giradz.

The GEW led to the establishment 4 years later of the International Congress, today the world's foremost peacekeeping intergovernmental organisation.