The Gelög Sea is a marginal sea of the Sea of Alpa enclosed by the peninsulas of Western Miraria and Soltenna. Due to low salinity and the area's cold climate, the whole of the sea is covered in seasonal ice during winter, for which the sea is notable.

The word Gelög is derived from the name of the Gelög people, an ethnic group which lived in eastern Soltenna.

The regions around the Gelög Sea were first inhabited by ancient Ngeyv populations. It is believed they came from the east, along the northern coast into present-day Ngeyvger, eventually either crossing the frozen Gelög Sea in winter, or travelling along the eastern coast of the sea, eventually arriving in present-day eastern Qgam, where a small population may have settled temporarily. Possibly through conflict with the native Nuar population, the Ngeyv did not remain here, abandoning the region approximately 1,000 years ago, and eventually, the Qgams populated the southern coast of the sea, where they have remained to this day.

The Gelög Sea is a semi-enclosed sea, and its extents are defined as follows: 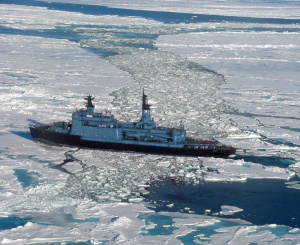 Long-term measurements made within the top 2 metres at the port of Caa Ļer show a maximum average summer surface temperature ranging from approximately 6°C to 10°C, and a minimum winter temperature of -1°C.