The word gharam comes from Middle Koman: ğaram translit. ğârâm (meaning "place of worship"), the actual word may vary depending on the several liturgical languages of Zarasaism and its dialects. Archaic terms such as ârâmam or nihêshên were commonly used to designate holy places and temples, but subsequently fell out of use after the reforms and regulations imposed by several convert-states between the 11th and 15th centuries. 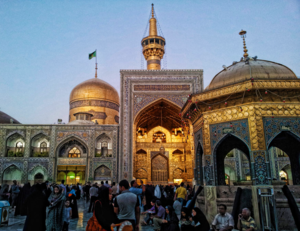 Conversion of non-Zarasaist places of worship