The Grand Viceroyalty of Istan (known in Istani Norjihani as Ystahni Asodeirun /ys.tɑ.nɪ as.deɪ.run/) was a country, normally classified as either an Empire or by it's official title a Grand Viceroyalty, situated in Central Baredina, straddling both Alcia and Ekuosia. It was originally founded by Govegz Rona as a way to control trade in the Alcia Region. When Nevira collapsed, the Viceroys quickly took the opportunity to exploit their wealth and expand across the region. Centered around the city of Tesan (having started out in Myski), the Grand Viceroyalty frequently struggled with various external threats such as Tiyamiand internal rebellions, eventually collapsing from the 1580s onwards after a defeat at (insert battle here). Eventually the Lordinals, the Mayors of Hajenired, inherited what was left of Istan and fashioned themselves as Princes instead of Viceroys; after the death of Yvas Lordinal the title of Grand Viceroy was dropped entirely, and so this is seen as the end of Viceroyalty and the beginning of the Principality

Founding of the Viceroyalty

Following the Ekuostian Crusade on Norjihan, all trade links with Ekuosia were closed as part of a temporary period of isolation which was proclaimed, according to Tedig of Hajenired, to 'protect the Kingdom from the vile embrace of the heathens, to allow us to serve Genn purely in our fight and struggle for Enlightenment' by the Grand Gennist Servant, who became the advisor and pretty much the equal of High Chief Mahiraz I. Once Govegz Rona siezed the throne, he established his steward Urasi Vomeja as Grand Gennist Servant after murdering Bamrek Ynenu, meaning that he now could reopen trade to provide him with the money to build a Grand Army, hoping to use it in vengeance against Szezkia. Therefore, in 1314 representatives of Govegz Rona and Emperor Koruos I signed the Treaty of Hajenired, which meant that trade could begin once more. As Norjihan was a gateway into South Baredina for Ekuosia, the reopening of trade meant the other nations could use land routes instead of having to support large merchant fleets. This has led some scholars, and led some contemporaries, to believe that this move also was done to smooth over diplomatic relationships with the Xhovian nations. However, he realised that Norjihan could control the majority of land trade and thus could potentially cripple the other countries. Therefore, Govegz decided that he would manipulate trade to his advantage. 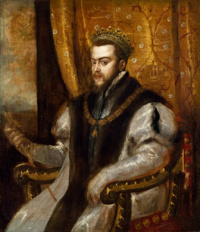 In a move that scholars have questioned since, Govegz created a new title for himself in northern Norjihan, granting himself a huge area that consisted of the majority of the modern region of Lílóme, which was known as the Dukedom of Istan. It is unclear why he created this new title, rather than controlling trade through the crown itself. This move was unpopular with the northern lords, used to some level of autonomy from the Norjihani Crown; indeed Veride Lyventu was known as the Northern King. Some have suggested that this was him trying to rein in the north, but the fact he was forced to give the title away showed that this clearly didn't work. Lyventu raised an army and marched south towards Hajenired to claim the throne and destroy the southern Norjihani hegenomy, but Govegz rode up to meet him at Turib, a small town in the south of Lailaume and new capital of Govegz's viceroyalty. He agreed that he would give the Dukedom away and the recepient of it would become Viceroy and sole ruler of the north. Govegz was in no position to negotiate, and so agreed to lose the region.

However, he knew that he still had the power to decide who recieved the title. Whilst Verin Lyventu was the presumed Viceroy, Govegz was determined not to give the title to him and instead to find a ruler that would still somewhat serve him. In the end he settled for the Mayor of Reskav, Farin Jusin. Relatively unknown, Govegz told him that he would give him the Viceroyalty if he remained loyal to the Norjihani crown. Jusin accepted, and Govegz rushed up to Myski to crown him before Lyventu could claim the crown as his own. Lyventu, learning that Jusin had become Viceroy, declared an open rebellion against Govegz. Seeing the opportunity to break free of the oath of loyalty, Jusin sided with his rival claimant; he promised to marry Rano, Lyventu's daughter, to seal the deal. The two managed to defeat Govegz at the Battle of the Betrayal. At that point, the Viceroyalty of Istan became an independent state of the Northern Norjihanis. 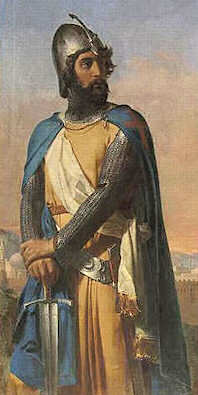 Stylised depiction of Farin I

However, Govegz returned with a larger army, ambushing Farin on his way to the wedding with Rano, and offered him an ultimatum. Istan could remain autonomous from the crown as long as a special tax was paid to Norjihan to pay for the army, and with the condition that Norjihan could control the flow of trade through the Viceroyalty when required. In return, Jusin would recieve '[his] life, however long it shall be, and the head of Veride Lyventu who so covets your title and your throne'. Jusin accepted, and led Govegz's forces to the site of the wedding, where they found and killed both Veride and Rano. Jusin himself had Rano killed (Govegz had wanted to take her as a concubine) as he saw her as a witch who had tried to defile his new noble bloodline; she was given a mock trial and killed. Jusin thus became Viceroy, paying lipservice to Govegz Rona who still claimed Istan was a part of Norjihan; other than for the tax it was its own state.

The Viceroyalty became essentially its own state, opening the borders to new religions and trade from across the world - under supervision of the Norjihani crown of course - and quickly becoming metropolitan in its attitudes. The Iovist crusade was quickly forgotten, as the religion suddenly appeared and spread; this is most obvious in the original capital of Myski, where an Iovist temple stands to this day and where the north-eastern section is still known as 'the Iovist Quarter'. The King himself began dressing in Ekuostian clothing and picking up their customs, and education became led by Ekuosian scholars; this was the beginning of the wave of cultural change that would later affect Norjihan as well, but at this point the two couldn't be more different. Whilst in Istan Iovism was welcomed, in Norjihan the religion was still banned - despite the opening of trade - and in which mass trials and burnings were still a common occurence.

King Farin himself is responsible for the construction of Myski, centered on a stylised mausoleum made to be a modern version of the Palace of Mahagrazh (this was later lost in a fire in 1706, and Farin I's body was never recovered; a copy of his sarcophagus can be found at the Grand Temple in Myski). He styled it partly on Palace City, which he had visited as part of his Ekuosian tour, although the design remained distinctly Norjihani with everything revolving around the Grand Temple. The city itself wasn't completed in Farin's lifetime, and indeed his original plans were never fully finished. He saw constructing the city as a way of paying for his transgressions in taking the title of Viceroy, Farin married a local noble by the name of Jul, a distant relative of the House of Lyventu with which he had fought for power, and had three children with her; Mahadras, Farin II and Merin. Mahadras was supposed to be the heir to the dynasty, so named in a deliberate attempt to claim that Istan was a direct descendant of the original Mahadran kingdom, but both he and his father died in a battle against Gulla of Pom during his rebellion in 1336. Many contemporaries implicate Jul, claiming that Gulla was a lover of hers; she is indeed believed to have had many lovers.

The Collapse of Istan