Many representations of the Hêray depict it with the body, and wings of a bird, typically an eagle, and the head and legs of a wolf. 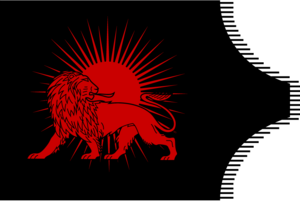 Although already appearing in Vaniuan mythology, the Hêray is first mentioned as God's messenger in the Yêcâdan (Zarasaism's holy book). The significance of the Hêray goes well over mythology. It has spread as a symbol of Zarasa's revelations, being adopted as an emblem during the Yeshub, the Hêray also became a predominant emblem during the Great Horde and was often portrayed in war flags.