The Helsonian Union (Terminian: TBA), officially the Union of Supreme Helsonian Republics (Terminian: TBA), abbreviated to USHR (Terminian: A;A;A;H;), was a Kúúlist state in Ekuosia and Akulanen. It existed from 1942 to 2005, and was preceded by the Adhelsonian Provisional State. Comprised of 4 subnational Supreme Helsonias, the planned economy was moderately centralised and power divided between helsonias, with a central government including representatives from each located in Kúri. A de jure one-party system governed by the Kúúlist Popular Party, the Helsonian Union employed a variation of the Terminian parliamentary system which allowed citizens to vote for factions of the ruling party. Although elections in each of the four helsonias were held, these mainly concerned specific issues as opposed to political ideology, and their effect was severely limited by the ruling faction.

The Helsonian Union had its roots in 1925, when Kúúlist sympathetics within the government of the Three Kingdoms successfully put the Kúúlists, led by name nameson, into power. This sparked a civil war between Kúúlists, supported by the majority of citizens, and powerful yet disjointed pro-Monarchist groups, ending in a Kúúlist victory only two years later. The Orthodox Kúúlists in the provisional government became unpopular for forcing the relocation of citizens from urban centres into the countryside, and the death of name nameson and the power vacuum that followed led to the Statists, under name nameson, sweeping to power in 1942 and forming the Union of Supreme Helsonian Republics. This period of urbanisation, rapid industrialisation and government restructuring also saw the outbreak of the Great Ekuosian War and the creation of a police state which became infamous throughout Sahar. In 1977, the election of Jáán Vexut as Leader of the KPP saw a period of increased liberalisation, as well as the reintroduction of official currency. A successful coup against him in 1999 completely destabilised the union and arguably led to its collapse 6 years later, in 2005.

A number of pre-Helsonian places were called "heelsn", for example, in the late Terminian Empire a "heelsn" was defined as "a small village with less than 100 inhabitants". Although the term is widely associated with name Kúúl due to the fact that he based early Kúúlist thought on mediaeval peasant societies, it was likely popularised later - the first mention of the word in its current context was in 1901.

The Helsonian Union had an area of 1,195,268 square kilometres (461,496 sq mi) and was mostly made up of tropical savannah and tropical rainforest climate zones. However, especially after 1940, large swathes of the rainforests were cut down to make way for urban development, mass farmland or industrial area. Large areas of untouched rainforest in Helsonia were officially protected from further development in 1987, to preserve the native ecosystem.

Early Kúúlist ideology, modelled on mediaeval Terminian peasant communities, was developed by [name] Kúúl in the latter half of the 19th century, during the reign of Three King Olboros X. This period saw a massively wealthy royal family and aristocracy, as well as widespread poverty throughout the Three Kingdoms. The Kúúlist Popular Faction was set up in 1878, and by 1918 membership had swollen to almost a quarter of the adult population. 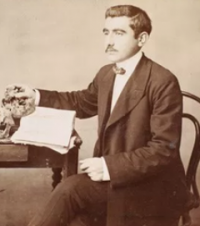