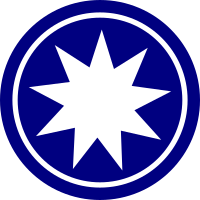 Kilez (Settian Creole IPA: /kiˈlez/, Northern Settian IPA: /kʲəˈlez/) is a monotheistic religion teaching the oneness of humanity through one deity known as Usi. It is practiced mainly in Settia and was founded during the Slave Rebellions. Followers of Kilez are referred to as Kileznu.

Kilez was founded by TBD, who declared herself to be a prophet of Usi on date TBD after she clamied that Usi reached out to her in her grief after the hanging of 23 innocent slaves in Nomuz, one of which was her brother. She went on to write many works, the most important of which was TBD ("the most glorious world") which details Usi's vision of the ideal world. It claims that this was the state of the world before human corruption and therefore Kileznu are obliged to follow Usi in order to return the world to this state.

Kilez is regarded by many scholars as the product of a merger between many previous religions that were present in Nomuz at the time due to the extensive slave trade. This included Tanhunga, Niofean Animism and Xhiuism, amongst others.

Kilez (from the Middle Settian word for "path" or "way") is the righteous path that Kileznu devote themselves to taking, in order to become close with Usi and to return the world to the state that Usi first envisioned upon designing the world, as set out in book name TBD (see above). This is thought to be influenced by the Tanhunga concept of the Hunga, although with the idea of Kalkatur manifesting itself in the concept of a pure and perfect world rather than a deity in its own right.

Kileznu believe in one deity known as Usi (Northern Settian IPA: /uˈɕə/). They consider Usi to be sexless and to have no human form. The name Usi derives from Proto-Settian *æse, which originally meant "hand" but went on to mean "guidance, assistance". When the Kilez religion was founded, this went on to refer almost exclusively to its deity, with the original meaning of "guidance" only being an archaicism.

Usi is believed by the Kileznu to be omnipresent, being manifested to represent various qualities in every single object in the universe. Humans are a manifestation of Usi representing love and creativity, non-human animals represent care and nature, plants represent bounty and beauty, man-made inanimate objects represent intelligence and craftsmanship, and other inanimate objects represent beauty and nature. The manifestation of Usi in everything is thought to be greatly influenced by Niofean animism, whereas the idea of him being omnipresent and without form is thought to be influenced by Xhiuism.

Kileznu believe that every human and animal has a soul (Settian Creole and Northern Settian: Uze) and that humans may not harm a being with a soul in any way. This is thought to derive from the Tanhunga core belief of not harming living things, though its implementation is extended as most Kileznu take it as definitive guidance to not eat meat. This fits in with the cultural practices at the time of the Settian slaves, as the slave owners would have more meat-heavy diets, whereas slaves would eat a cheaper and more plant-based diet.

The obligation to not harm another soul extends to smaller ideas of harm such as theft and fraud. This also explains the widespread abstinence of the Kileznu from consuming dairy produce, as this is considered by many to be a form of theft from animals. There are, however, many Kileznu who do consume dairy produce.

Kileznu are exhorted to practice daily prayer at least twice a day. Many Kileznu pray more often than this but most practice the daily prayer in the form of morning and evening prayer. Each obligatory prayer may be as long or as short as is deemed necessary by the individual, provided that they recite the following at some point in their prayer:

“My Usi, I testify to Thy glory and to the beauty of Thy strength, which guides me to where I need to be. I pray that I may continue on Thy path and on Thy path alone.”

The most prominent symbol of the Kilez religion is the Kilez Star. It is formed of a blue circle containing a smaller hollow white circle, in the middle of which sits a hollow white nine-ponted star. Often only the hollow nine-pointed star is used but the full symbol and their corresponding colours are significant. This symbol is a representation of the nine core tenets of the Kilez religion, as set out in book TBD. The blue circle represents peace, and the white circle represents unity within that peace.

The Kilez Star is visible on the current flag of Settia, as well as the regional flag of North Settia.