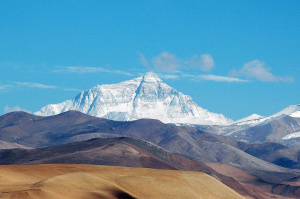 In early 1942, he planned on a grand exploration of Lower Boroso, and eventually from there to follow the eastern coast all the way up to the Fals Empire, then traveling to Taplaslég, followed by resuming the trip along the Borosan coast all the way up to Dhwer. However, some time before setting out, he was contacted by the Barradiwan minister of Foreign Affairs, who surprisingly and apparently for no reason offered him the chance to climb the Xiamángmú, the highest mountain on Sahar; funded entirely by the Barradiwan royal house. Móit appears to have hesitated on the proposition for a few weeks, as he was concerned about the safety of such an undertaking, but finally accepted the offer for the excitement. Shortly after this, he traveled to Baridut, where he would meet his travel companions.