Mujansa (Jaitho: Dintēm Mu Ṛan din˧tʰem˥ mu˧ ɻan˧), officially the Union of Mujansa, is a country located in Nagu, bordered by Cananganam and Ukutunajas in the west, separated by the Rhasatsruksa mountains, to the north by (terra nullis) and to the south and east by the Asura ocean and the Czucz sea, respectively. The country's capital and biggest city is Kyhari.
The country was the seat of the earliest Naguaj organised civilisations, the Meqowalele civilisation, thought to have emerged around 900 BCE in the Rhasatsruksa range. The area would later be conquered by the Cananganamese Empire in (a progression of time), remaining until the collapse of the empire in the 12th empire, a period which would have important ramifications on the area, not just politically, but also culturally, considered to be the basis of the modern Mujansan nation. Following the collapse, the region's privileged position near Boroso allowed the new warlords emerging from the ruins to quickly take over the imperial trade routes between Nagu and Borosan nations. This economic situation allowed for the country be reunited sooner compared to neighbouring Naguan nations, but it also gave rise to powerful merchant guilds whose wealth allowed them to gain influence in regional and later national governance, which ended in their de facto control over Mujansa by (sometime). The proximity to Boroso also had other effects, like the commonality of food native to Boroso across the country.
Like the rest of Nagu, the nation was by the 18th century a more cohesive state, but it underwent a period of constant crises by the late 19th century, which would be mostly gone by the early 20th century by the time of important industrialisation across the Naguan continent.

Mujansa was inhabited by the 1st milenium BCE by peoples of different linguistic and cultural groups. The Asuranesians had migrated across the country, with the Yurija-Yakuna groups settling the Manghamshra mountains, and the Hisirudic peoples settling the Srunusa islands south of the country. Dagyelic groups were located inland, spread across the country. The Sawyans were still at their urheimat in the Kupriksusatsra mountains where they built their own civilisation.

The emerging Cananganamese Empire's first major incursion into the territory of modern Mujansa was the conquest of the Meqowalele civilisation during the reign of emperor Mamatsree. Prior to their fall, the Cananganamese had secured alliances with city states along the Mujansan coast, in the modern day province of Melava, but by the time the Meqowalele fell, they had annexed these territories. In 203 BCE, following Mamatsree's death, the city states saw an opportunity to break free again, as they predicted the succession crisis would not be solved soon. Soon, a league of city states led by the state of Tsrigitca declared their independence. However, much unlike they predicted, a new emperor, Srenkatsree, was put on the throne that same year, ordering the rebellion to be put down immediately. Soon an army led by Nagaajeekha landed in the city of [X] and went ahead to crush the rebellion, meeting their main army near the city of [X]. Multiple documents mention the battle to have featured a massive amounts of soldiers in both sides, totalling around 50k men, making it one of the biggest battles in Classical Naguan history. Although, many modern estimates place the true number at 5k at maximum. By 199 BCE, all cities had been subjugated and punishments rolled out: in order to prevent future rebellions, the area was to be depopulated and posteriorly assimilated.
Following this war, the conquest became much less linear. The Cananganamese employed little but constant raids aimed at capturing men and materials, weakening the native Gyaic and Asuranesian peoples. They relied on rivers for boat raids, and also because they provided good sites for forts and warehouses, which were built to prevent logistical overextension. As a result, the first decades of expansion were centered around the coast, and even then, many remote areas remained untouched and were centres of armed resistance. During this time, some of the most important cities of modern Mujansa, such as Gibima and the capital Kyhari were built. By the late 1st century BCE, with the base coastal territory becoming cemented, expansion efforts switched towards the Manghamshra highlands after learning of the vast mineral deposits, most notably tin, present in the area.
Most of the territory enompassing modern Mujansa was controlled by the empire at the dawn of the 2nd century CE, although control of the northern areas was often weak at best. Many heavily forested areas were unrecheable by large forces and as such served as safe sites for local resistance movements, which took years to clear out entirely. The Cananganamese emperor designated certain plots of land containing rebellious areas to generals and militay leaders and granted then autonomy under titulage of the empire to them, as long as they could wipe out the resistance movements. The leaders of these areas became known as jatsrigalhesu (sg jatsrigalha).

The Cananganamese brought their language, culture and religion into the area, where it either replaced or mixed with the previous cultures in the area, with the southern coast being the most assimilated.

The jatsrigalha lowered in numbers over time, but by the 8th century CE, the system was reformed and expanded to reduce the administrative burden on imperial administration, considered by some to be overextended. The reform decentralised more power to local lords, who were allowed to form their own sub-realms while still under control of the empire. Problems arose, as the land controlled by local leaders varied considerably. Additionally, there often were mismatches on the territory given to different lords, causing skirmishes, which disrupted imperial presence in the area.

During the imperial collapse, many lords simply revoked their participation in the empire, often stating that they did not recognise the authority of the empero anymore, who they claimed to be illegitimate, as the body of the emperor supposedly "killed" by the tsunami was never found.

Immediately after the collapse, all the different new states found themselves in conflict with eachother.

The introduction of gunpowder completely revolutionised how Naguan armies handled sieges. Previously, they took a long time, as the main strategy was to starve fortress and cities to capitulation, but the introduction of cannons which could break through fortified positions more easily made conquests easier. The firearm trade from Boroso also twisted the balance of power between nobles and merchants in favour of the latter.

The dark times and Naguan Renaissance

The unforeseen Banana famine of 1872-73 instigated unrest within the country and caused discontent with the government that would remain in the memories of people. The country was already dealing with minor miner strikes in the newly-expanding miner conglomerates. To alleviate the strike on the economy, the government annexed the buffer states of Thakosa, Canisa and Calse, near the border of Cananganam. This would grant them better access to even more mineable areas in the Rhasatsruksa mountains. However, after the first two fell, Cananganam saw what the Mujansan plan was and subsequently invaded Calse. Mujansa quickly responded in aid of the Calsean forces, igniting the Calsean War in 1876. Both sides expected an easy and quick victory, especially the Mujansans, whose morale was high after their victory at Gipri, but the conflict dragged on for 3 more years. Starting from the second year of the siege, the Cananganames enacted a blockade of Mujansan ports, strangling the mujansan economy even more. After the war's conclusion, constant unrest and heavy losses from the Calsean War effectively anuled Mujansa's army as an effective fighting force, which a figure known as Sropasra would take advantage of in 1891, starting a 9-year long struggle in eastern half of the country. With the years, by the start of the 1900s most of the unrest had worn off by (some events)

Like the rest of Nagu, Mujansa was neutral in the Great Ekuosian War

The Mujansan government is organised as a constitutional republic with separation of powers guaranteed by the constitution.

-The unicameral, 370 seat chamber known as the Dhasa makes up the legislative branch. It is elected by popular vote every 4 years via a closed-list proportional representation system. Mujansa being a parliamentary republic means all institutions related to governance are granted democratic legitimacy by the Dhasa. As of now, 4 main parties are represented in the Dhasa: the Prosperity Party, Democratic-Agrarian Party, Kuulist Party and Pan-Naguan Front, in decreasing order of seat counts. The current government is a coalition between the Prosperity Parth and the Pan-Naguan Front. -The executive is covered by the prime minister and his cabinet. The prime minister is the head of government, chosen by the Dhasa, usually the leader of the biggest party in the Dhasa, after which he can form his own cabinet. The current prime minister is Sūt Réhizē of the Prosperity Party. -An independent judiciary.

The head of state is the president, elected every 6 years by the Dhasa, and is by law required to hold no allegiance to any political movement. However, most of his powers are largely symbolic, with main exceptions being related to veto powers, a feature shared with many other parliamentary democracies in Sahar. Symbolically, they also get a surename which marks them as "X'th president" in the nation's history, for example, current president's name Süt Drūmiskā atsa Jamāsā means "Drūmiskā, the 40th". 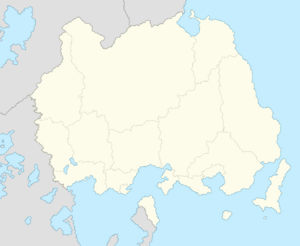 Mujansa is divided into 16 provinces.

Despite being constitutionally unitary, large amounts of power are relegated to the provinces. Each province has its own unicamerally elected assembly and leader.

Relations with Cananganam, the other major southern Naguan power, have varied significantly across time. Initially hostile, ever since Pan-naguan sentiments grew in both countries in the 19?0s, relations between both have cooled down and both countries opened. Nontheless, minor border skirmishes have been a thing across history. Nowadays, both are a member of the AEIOU

Mujansa's economy is diversified, with a roughly 20/30/50% split of the workforce between the primary, secondary and tertiary sectors of the economy. The country's climate allows for large swathes of land to be used for agriculture. Like in other naguan countries, the bujja system of crop rotation is in use. Unlike neighbouring Cananganam, mining is more widespread, especially of copper and tin, deposits of which exist in the Manghamshra highlands of the western parts of the country. Thanks to this, it is a major bronze producer in Nagu. Oil extraction, predominantly controlled by the Bheltchee Financial Group, who own around 67% of oil-related infrastructure, factors greatly into the economy, with around 4,1 million barrels produced annually. In more modern times, the primary sector has received a great boost by mechanisation of processes. The country is also known in Nagu for its technological products manufacturing industry, in part due to the widespread metal mining sector.

The country relies heavily on oil-burning power plants, most owned by the Bheltchee Financial Group due to the cheap cost of the fuel, although an effort to steer towards renewable sources has been happening in recent years.

Historically, collaboration with Cananganamese authorities in various scientific fields have been rampant, fueled by Pan-naguan sentiments across both nations.

Most of the population follow various sects of Lunukism