Not to be confused with Mujansa.

Munasa is the largest Cananganamese settlement along the Bisrasa strait, with a total population of about 51,200 inhabitants. The settlement is known for its various shrines and temples. The city features a diverse community; consisting of some 48% of the total population.

Archaeology indicates that the earliest section of the settlement may be around 4,500 years old, correlating with early settlements with the arrival of Cananganamese peoples within the region. The settlement has appeared numerous times in various records, with the first written records mentioning it during the 6th Century BCE. The city introduced the first factory for glass production in Nagu during the 7th Century CE, where its design and association with various merchant families led to a boom in artistic culture for the region, being the source of name for various types of glassworks, though not always developed in the city.

Sometime during the 16th century the settlement was sacked and with over 94% of its buildings destroyed, though several remaining residents rebuilt the city though it would not recover until the mid-19th century. In 1981, it became Cananganam's designated seat of culture, with the city being a common tourist location for its various festivals featuring many aspects of the cultures of Cananganam. The most notable of these is the Spirit Festival which occurs once every four years and includes the most forms of entertainment, taking place during the end of every calendar long year, which brings most of the city's revenue. 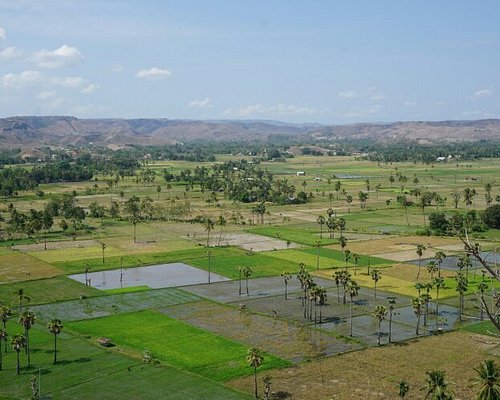 Much of Munasa's economy is based on both the tourist and fishing industries. It is a popular port for both recreational and professional fishers alike as its protected bay makes its marina considerably safe from storms that occasion the areas of Cananganam. There is, however, several offices and convenience stores belonging to the Madhra financial group. The city is also located near the prominent Da-Urt Highway which circumnavigates the Dinatsre gulf. In addition to its most prominent financial sources, agriculture also holds an important role with the local community, as many plantations dot the countryside which feed into the city markets providing produce year-round.

In addition to the Da-Urt highway, several train lines owned by the NCRC provide public transportation for many who commute to Daktuva for work, as well as other errands. In 1984, a series of tramways were created to facilitate the growing tourist population, much to the success of the town as many of them feature advertisements for local amenities and entertainment, as well as goods sold in the town or within Cananganam as a whole. These trams were recently made to be free for locals or workers within the city in 2016, much to the support of the locals.