The Pangyeoun War (Kwang: Pan Gye Oun 戰嘉最明), abbreviated as PGO or PGOW, was a war fought in Soltenna, between 1939 and 1950. It was one of the bloodiest and most destructive wars in world history, and altered the political climate of the region drastically to the extent that its ramifications can still be felt in the regions to this day. 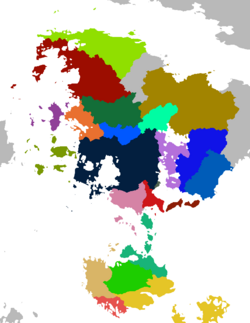 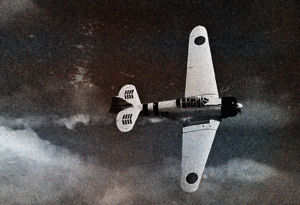 As a result of the Helsonian invasion of the Qonklese mainland from 1949 to 1950, and the efforts of the kúúlist 88th Army nicknamed the Ngon-Koo (Yellow Turbans), the Qonklese Empire fell along with the capture of the Imperial Palace in Jikhein on May 9th, 1950. The resulting power vacuum was quickly filled as Helsonian liaison officers quickly assigned Mheiq Ku, head of the 88th Army, as the leader of the newly-formed Supreme Commune of Qonklaks.

The liberated state of Riyana, which suffered eleven years of brutality under the imperial system, demanded reparations from the Supreme Commune of Qonklaks. Representatives from Riyana pushed for a full investigation of Qonklese atrocities committed during the War, which was strongly backed by the Alotol government. Despite investigations being conducted seperately in 1956, 1973, and 1992, a public, transparent investigation would not be conducted until 2005, after the democratization of Qonklaks.