The Supreme Commune of Qonklaks, also known as the Supreme Helsonia of Qonklaks (Kwang: Hai Lhain Kwan Shàn 賀域關瀇), abbreviated to SCQ (Kwang: HLKS) or the Qonklese Commune, was a Kúúlist state in Soltenna. It existed in from 1950 to 2005. Unlike its ally, the Helsonian Union, the Qonklese Commune was a very centralised state, believing that the only way to create a Helsonian society in the future was to "protect its citizens from external imperialist actions".

The Commune had its roots in the creation of the Ngonku in 1940, when the fascist Qonklese Empire was waging numerous invasions against other Soltennan states. The Ngonku became known as Golden Kwang by the end of the war, which became the sole ruling party from 1950 until the dissolution of the Commune in 2005.

The state heavily imploys its secret police, the State Security and Investigation Service.

Qonklaks was in no rush to organize the economy into a kúúlist agrarian utopia, as Mheiq Ku's focus post-war was to jump start the national economy from its war-torn state. He proclaimed the "Stability Now, True Kúúlism Later" Initiative, which would last from 1950 to 1970. The state would run a twenty year trial in Anbaipaw to determine whether or not true communal living was indeed possible. 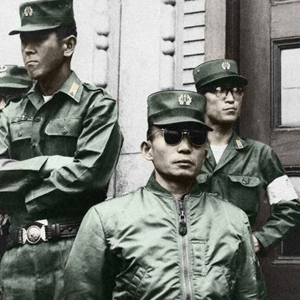 The gradual loss of Mheiq Kũ’s de facto power began after he and his faction failed to turn the still-recovering post-war Qonklese economy into a kúúlist communal agrarian economy. A powerful faction within the Golden Kwang Politburo, headed by the then Overseer of Finance Jiq Zàw, rose to prominence in 1969 as Mheiq Kũ suffered from an early onset of Alzheimer’s at age 53.

Jiq Zàw’s faction, consisting of mainly Golden Kwang members from high ranking positions within general industries and most importantly Hèin Se (Overseer of Culture) and Chã Youq (Overseer of Production), began to reduce Mheiq Kũ’s influence over the Politburo by removing key Mheiq Ku allies through smear campaigns, public denunciations of scandals and corruption allegations. By 1972, Mheiq Kũ and his loyalists had lost over half of his previous sway within the politburo.

Jiq Zàw began to spearhead an economic reform program which would no longer require the peasantry to give up their products for distribution within the state. Although many were skeptical about the new initiative, Jiq Zàw’s popularity began to grow as farmers began to earn money off selling their crops. Jiq Zàw also removed restrictions that allowed for domestic industries to export their goods abroad. These reforms are collectively known as the “New Spring Initiative”. Historians commonly attribute this reform as the beginning of the Golden Age of Commerce.

At the 25th Plenum of the Golden Kwang Congress of Representatives (GKCRP25) (May 15th, 1975), Jiq Zàw had gained considerable support from many of the reformists. His crucial ally Hèin Se (Overseer of Culture) cited Mheiq Kũ’s inability to properly function as Supreme Overseer due to his worsening medical condition. He proposed that Mheiqu Kũ be promoted to a ceremonial title of Eternal Leader, and instead nominate Jiq Zàw for the position of Supreme Overseer. This bold move was met with aggressive verbal resistance from the Old Guard, consisting of old revolutionaries from the early days of the Ngonku. A formal vote was called to determine whether or not Jiq Zàw would become the second Supreme Overseer of the SQC, with an outcome of 132 yeses and 68 noes. Jiq Zàw remained silent and humbly accepted the post. As a result, the Old Guard stormed out of the Congress Hall in protest of the appointment of Jiq Zàw.

Jiq Zàw saw the threat that the Old Guard posed, and opted to eradicate all elements of opposition. Newly appointed to the position, Jiq Zàw lacked the necessary political support that was needed to ensure his safety and longevity as the Supreme Overseer. He consulted a classified group of confidants, which included Khõ Uq, the Director of the State Security and Investigation Service. He planned to make a series of coordinated arrests, targeting the prominent members of the Old Guard. The mass arrests took place from 2-5 October, 1975, with a total of 2,309 members of the Golden Kwang arrested on charges of anti-revolutionary thoughts and disloyalty to the party. With these arrests, Jiq Zàw had removed a significant portion of his enemies.

Jiq Zàw market reforms saw the creation of the Meinbaipaw Stock Exchange (XMBP) in 1977, headquartered in the Meinbaipaw 99. This building would grow to be synonymous with economic progress in the 80s. 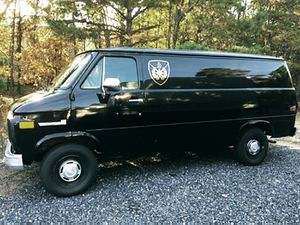 Despite Mheiq Kũ’s health issues, the state continued to use his image in propaganda and used past unaired films to show that he was still alive and well. Jiq Zàw, although he held absolute power until his death in 1998, retained his image only as the second in command.

By the early 1980s, Qonklaks had transitioned from an agrarian society to an industrial powerhouse, having foreign industries move their manufacturing sectors into Qonklaks due to cheap labour costs. As such, Qonklaks experienced an economic boom that increased its total GDP from 34.2 billion dollars in 1976) to 69.8 billion dollars in 1982. A second stock exchange, the Paseinsẽ Stock Exchange (XPSS), was opened in 1985. To facilitate and welcome international investors into the country, the Jikhein International Airport (JKX) began its first stage of construction. The contract was given to Nõ Construction, a private construction firm later revealed to be connected to the tai Yèin Li. Its first 3.1 kilometer runway was completed in late August 1986, and the airport was open for business in December that year.

Despite the rapid economic growth and the gradual loosening of economic restrictions, other freedoms remained unchanged or became even more tightened. Jiq Zàw became paranoid that this liberalization effort had allowed "agents" of Archtraitor Nẽ Jeinnwan to infiltrate Qonklese society. The SSIS began to systematically purge freethinkers, suspected or actual.

The New Spring Initiative proved to be greatly successful, and had shown consistent growth until....