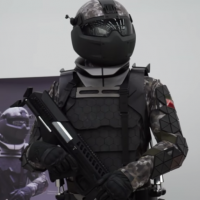 The Technocratic Republic of Yaina spends 8% of it's GDP on its military. This funding primarily go towards the recruitment and training of soldiers, and the the research, development, and production of combat equipment, technologies, and vehicles. Yaian lacks a navy of its own and generally relies on Xhodiar for naval support as per the treaty of Moshquethi of 1324. Yaina does however provide research and technological developments to support the navy.