"KS" redirects here. For other uses of "KS", see KS (disambiguation).
This page is about the sovereign nation. It is not to be confused with Szezkia, the state spanning the territory of the Szezk peninsular mainland.

The land of modern-day Szezkia and Norjihan has been inhabited by the predecessors and descendents of various Northern Xhovian tribes for at least 90 millennia. The Kingdom of Szezkia itself, however, was not a sovereign nation until the Szezk rulers of Norjihan were overthrown in Govegz Rona's coup. Independence of the Szezk Monarchy from the tribal system of early-medieval Norjihan was established in 1307, following the Battle of Avdjereg in 1306, which took place where the modern capital is situated. The Kingdom of Szezkia has a history of armed neutrality, having never itself started a war, although, as Avdjereg is the location of the Alcian Union's international headquarters and the International Congress' South Baredinian headquarters, it is responsible for much of the international diplomacy of the region, including the management of and response to conflict. 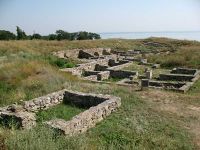